Where are they now: Brenna Hannon 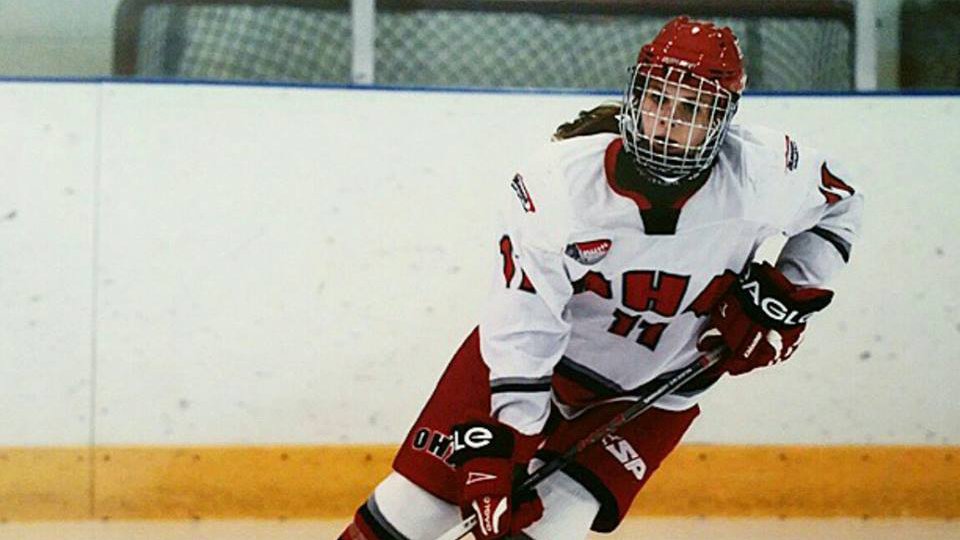 18 Jul Where are they now: Brenna Hannon

Brenna Hannon knows she wouldn’t be at Aurora University were it not for her time at the Okanagan Hockey Academy.

She also would not have known the opportunities that lay ahead in female hockey. Among them was the chance to play in the National Collegiate Athletic Association. Once the Abbotsford native learned about that, she started to dream big.

“When I was younger I wrote down on a piece of paper, ‘One day I want to play NCAA hockey.’ I’m there now and I think it’s just the coolest experience. To be able to fulfill that little childhood dream of mine,” says Hannon, 18, who is working three jobs while in Penticton for the summer. 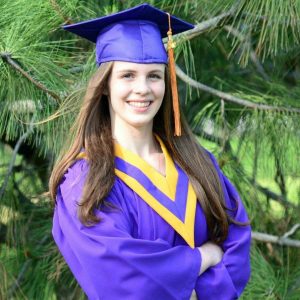 Two years at OHA helped shape Hannon on and off the ice. Confidence was a huge thing.

“Coming into it, I wasn’t very confident, I played boys hockey my whole life. I was very used to, ‘Oh you’re a girl, you can’t play hockey’ kind of thing,” says Hannon. “Coming into my first year, I was a very shy, quiet kid. Leaving my last season I was very confident.”

Hannon praises her OHA coach, Jim Fetter, who she says made a huge impact on her and can’t thank him enough for his support.

“I owe where I am now to him,” she says. “He was amazing. Him and all of OHA, the training staff. All of them were the exact same way. They were always there to help, to push you.”

In the classroom, Hannon was an A student in high school and earned the top female prep student-athlete award. Her desire to get involved in the community volunteering is an example of how she likes to help others. However, the volunteering she did helped her in the classroom.

“It really pushed me to get my grades up and work hard and put in all the time needed to get those grades and to see the success on the ice and off the ice,” she says.

Her classroom success continued in university as she focuses on a career in medicine at Aurora University located 40 miles west of Chicago. She chose to study pre-med because family members have battled illness, including a sister who has Crohn’s disease. She wants to help any way she can. While talking about a career in medicine, Hannon says she likes to push herself.

“I think that would be a good challenge to pursue.”

Her character led to success on the ice with the first-year Spartans, as well as being named captain, something that caught her off guard.

“I was one of the youngest on the team, I did not see that coming,” says Hannon with a smile.

Spartans coach Grant Kimball chose her because she is a hard worker and very approachable.

“A lot of the girls on the team felt they could come up to me. Playing wise he saw it there,” says Hannon, who has a humbleness Kimball likes.

That first year of hockey was awesome for Hannon, who says playing in the Canadian Sport School Hockey League (CSSHL) helped her prepare for the university game because she faced national team players.

The OHA helped her have an easier transition to university life compared to other student-athletes.

“Being so far away from home I thought it would be a lot more difficult,” she says. “I met a lot of great people there and the coaches were great. I adjusted very well.”

While living in a different country was strange, she says it was interesting being on her own. When she moved to Penticton, she was joined by her grandmother as she didn’t feel billeting would be a good option for her. The year living on her own, Hannon grew a lot.

“I think I matured a lot. From that I learned independence,” she says. “Transferring that over to there, it wasn’t too hard to adjust.”