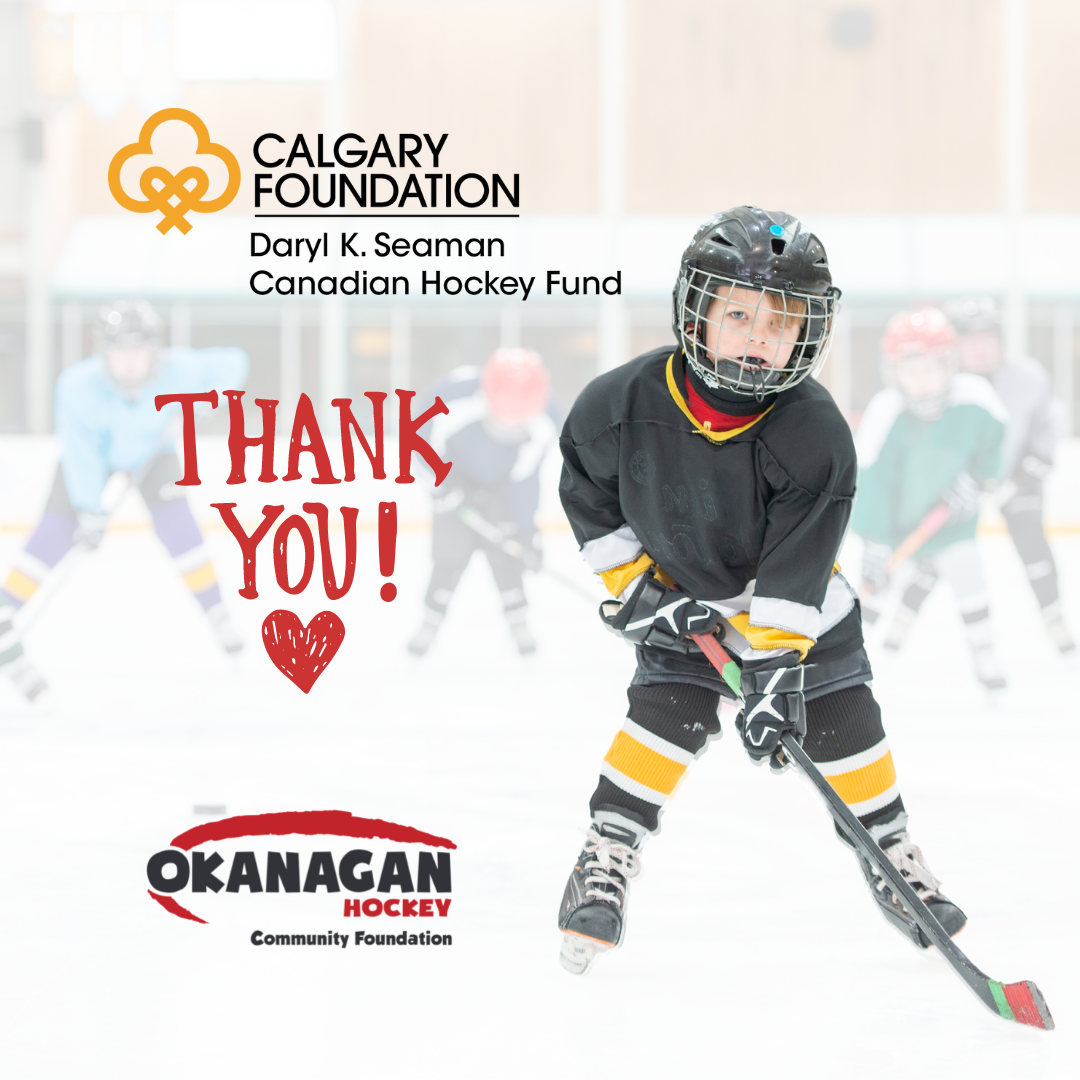 Posted at 15:32h in News by Natalie Preston
0 Likes
Share 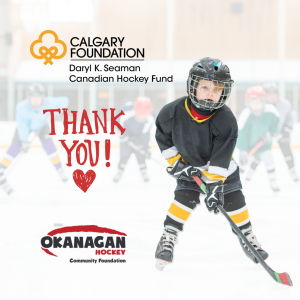 The legacy of legendary philanthropist Doc Seaman lives on through the Daryl K. Seaman Canadian Hockey Fund, an endowment fund administered by @CalgaryFoundation.

Recently, the Okanagan Hockey Community Foundation (OHCF) was a proud recipient of a Doc Seaman Amateur Sport Grant which helped send 15 youth hockey players to a one week Okanagan Hockey Summer Camp in either Edmonton or Calgary, Alberta.

We are grateful for the support of the Calgary Foundation, and specifically the Doc Seaman Amateur Sport Grant, which supports initiatives that encourage young people to learn about, enjoy and play amateur sport of all kinds. In collaboration with OHCF and the Calgary Foundation, we were able to give more youth hockey players the chance to participate in a hockey camp who, due to financial constraints, might not have had the opportunity. Our aligned objectives are to provide equal access, and promote participation in community-based amateur sport.

On the list of his many achievements, Daryl “Doc” Seaman was an original owner of the Calgary Flames and was instrumental in bringing them to Calgary in 1980. Among his many accomplishments, Doc was also known for his wartime experiences as a World War II pilot, and for his civic contribution as a member of the Royal Commission on Economic Union and Development Prospects for Canada, 1982-1985. Doc received two honorary Doctor of Laws degrees and was appointed an Officer of the Order of Canada. His philanthropic giving ranged from supporting medical education to funding entrepreneurial initiatives. Doc’s love for ranching, hockey and sports, and his dedication to community will leave a lasting legacy for years to come.

The Okanagan Hockey Community Foundation (OHCF) believes in providing the best education and athletic opportunities to those seeking an avenue that may not be viable due to financial barriers. The OHCF supports students and athletes in pursuit of achievement through programs focusing on the overall development of the individual. The focus of all programs is personal development – in the classroom, in the community and on the ice.